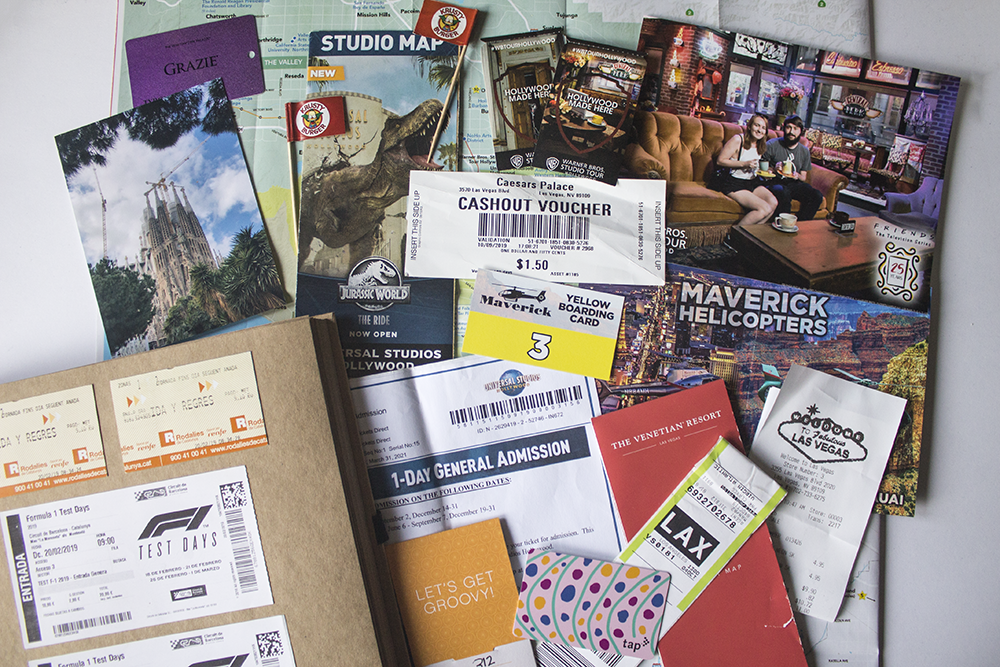 It’s that time of year again. Time for my yearly review!

Overall I feel like 2019 has been a pretty good year for me. In all honesty, it didn’t get off to the best of starts with us sadly losing some members of the family and close friends, but it did improve and looking back I feel like I achieved a lot.

So let’s jump into this year’s review…

Barcelona for the F1 pre-season testing

In February we flew over to Barcelona for 5 days. We specifically went to watch the Formula 1 pre-season testing but as it was Tyrone’s first time in Barcelona, we also managed to fit in some sightseeing.

Ty is massive Formula 1 fan and over the years he’s slowly got me into it too. But there was something really special about seeing the cars and the drivers in real life. I fell in love with the sport, and by the end of our day at the track, I was begging Tyrone to take me to see an actual race!

The highlight of the trip was getting a wave from Romain Grosjean when he broke down. I mean, it probably wasn’t a highlight for him but it made our day. 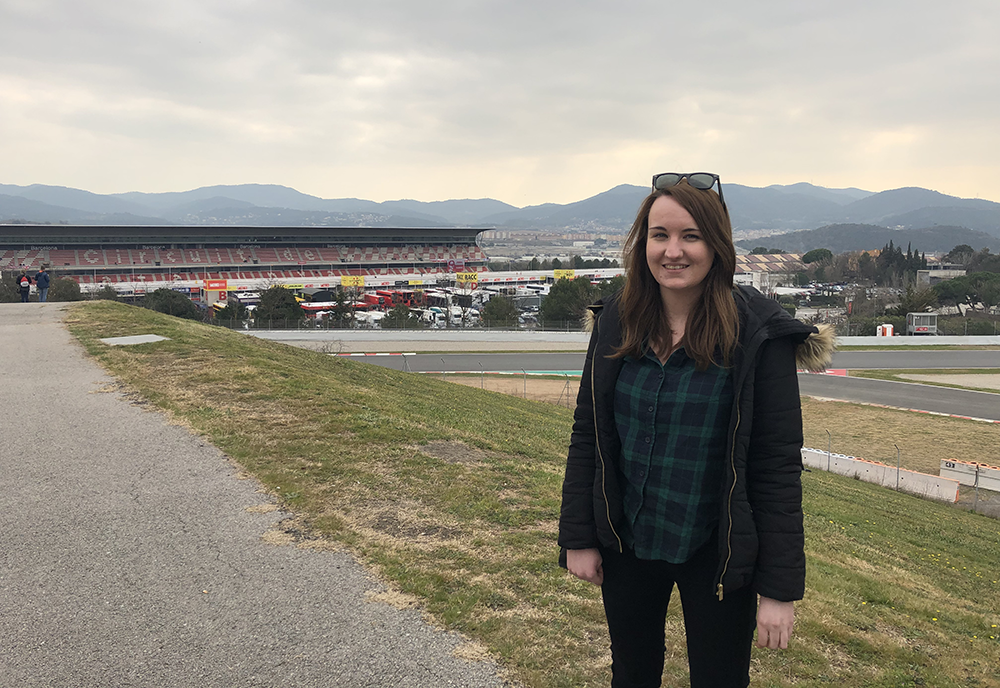 My second year in business

When I quit my job at the end of 2017 without another job to go to, I knew I wanted to give self-employment ago, but I never imagined that two years on I would be running my own business doing what I love and working on the most incredible projects.

I know self-employment isn’t for everyone, but I genuinely love it. Year one in business was very much about finding my feet and saying yes to every opportunity because, well, I needed the money. But year two has been all about finding out what I really want to do with my business and building up my confidence as a business owner.

In all honesty, I couldn’t have done it without my business pals, Cat and Julia. When you run a business, it’s important to have people in your life that understand and support what you do, and I feel so lucky to have been able to meet up with these incredible women almost every single week in 2019.

I want year three in business to be all about feeling less like a freelancer and more like a business owner. I’m hoping to bring on a new team member (I’m sure you can also guess who that will be!), build better boundaries, and expand my development knowledge.

Work-wise, I spent the best part of 2019 working on a very exciting venture with my good friend Cat; Snug Designs.

I’d wanted to open a WordPress theme store for years, and I knew that I could develop the themes, but I’m not a designer and I doubt anyone would buy a theme designed by me. So when Cat suggested we team up to create the themes together as a designer/developer duo I obviously said yes!

Snug Designs took off better than I expected and I’m so proud of what we have created together. I can’t wait to spend more time working on Snug in 2020 and developing more WordPress themes for creative online business owners. This is the kind of work that I love to do, and I’m so lucky to call this my job.

2019 was a quiet year for concerts. This is what happens when most of the musicians you like are pensioners; they don’t go on tour very often! But we did get to see Mark Knopfler and I heard one of my favourite songs, Money for Nothing, performed live.

However, I did buy tickets to see The Who in 2020 which I’m super excited about. I can’t believe I’m going to see them live again!

In true Holly and Tyrone fashion, we booked our big holiday of the year very last minute. We wanted to do something special to celebrate our 10 year anniversary, and with the help of the wonderful team at Virgin Holidays, we booked a dream holiday to LA and Las Vegas.

We spent the first half of the holiday in LA where we made some incredible memories. We visited Santa Monica and Venice Beach, did the Warner Bros. Studio Tour (where my dream of seeing The Dark Knight Tumbler in real life came true!), had fun at Universal Studios Hollywood and took the extended vault tour at the Petersen Motor Museum.

I loved LA more than I expected to and I can’t wait to go back in the future to tick off all the things on my list that we didn’t get to do! 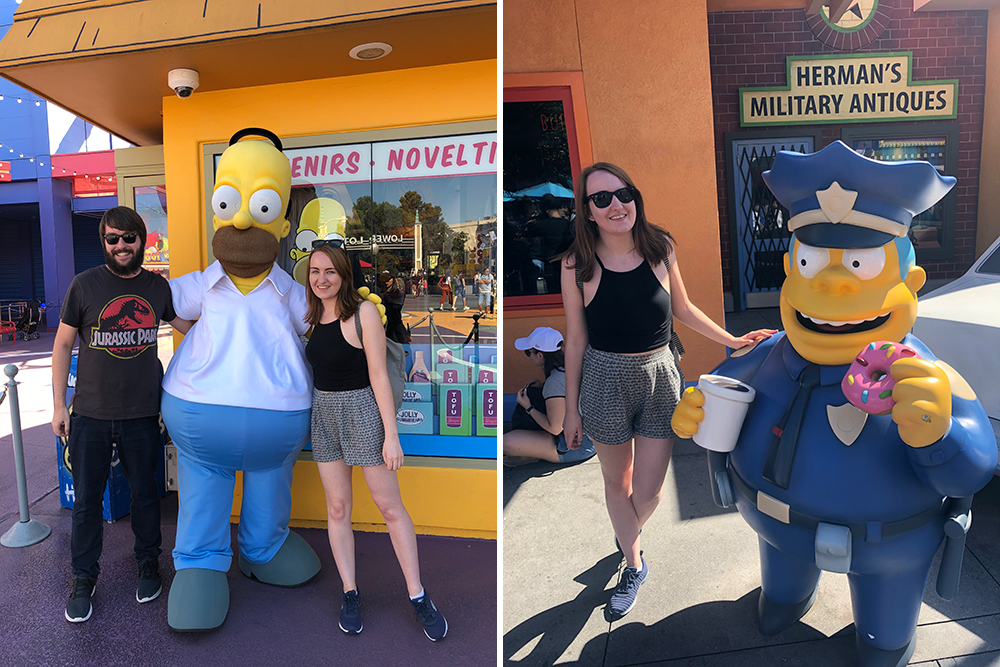 After 5 nights in LA we flew over to Las Vegas for the last part of our holiday.

Las Vegas is a weird old place but we really enjoyed our trip. We stayed at the Venetian Resort and for the first time ever stayed in a suite. We did some gambling (and actually won some money!), ate the most incredible food, and just generally had a lot of fun. 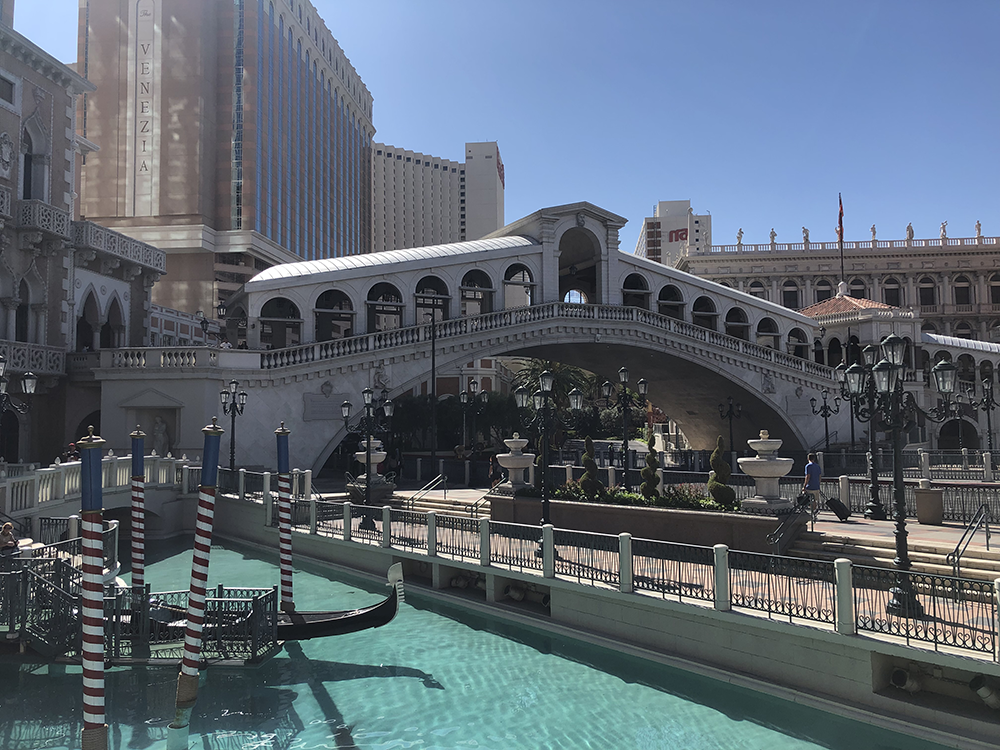 Flying to the Grand Canyon in a helicopter!

I always knew if I went to Las Vegas that I would have to pay a visit to the Grand Canyon. And we decided to travel in style because how often do you get to celebrate your 10 year anniversary!

I’ve written a whole post about our experience of flying to the Grand Canyon in a helicopter, but it was just one of the most incredible things I have ever experienced and a memory that will stay with me forever. 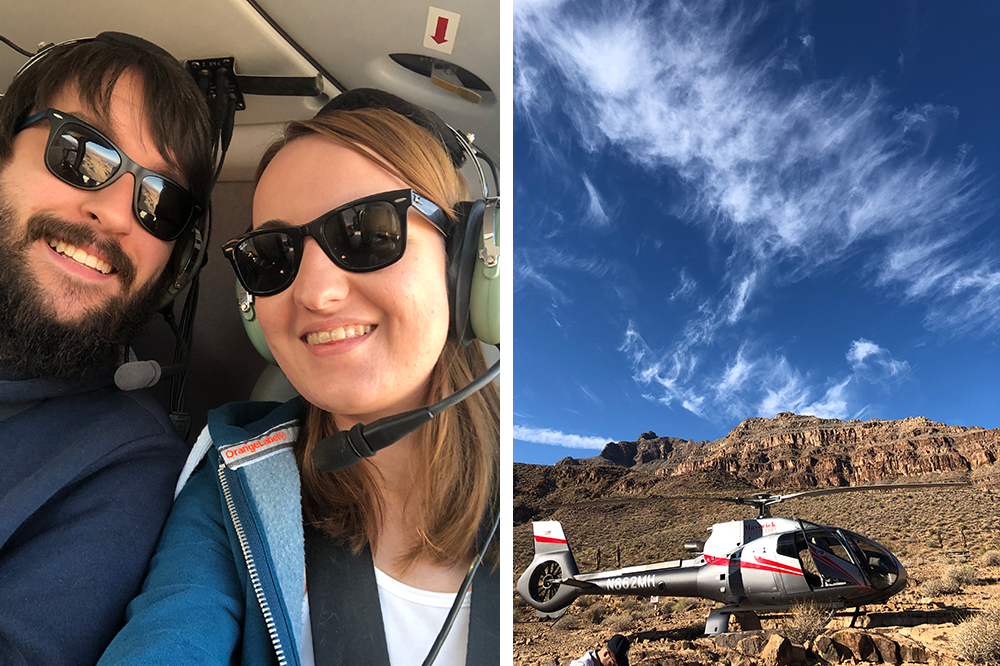 Mine and Tyrone’s 10 year anniversary

As I mentioned, our holiday was to celebrate mine and Tyrone’s 10 year anniversary, but unfortunately, the dates did work out so we were actually back in the UK for our anniversary.

I can’t believe that we’ve been together for 10 years! So much has happened over the last decade, and I’m so glad that Tyrone has been a part of it. I don’t think I couldn’t have done it without him.

We celebrated our anniversary in the same way we started our relationship; with a trip to McDonalds! I know, not very glamorous, but that’s just us!

I have to admit, I feel pretty frustrated when I think about how little we did this year in terms of renovating the house.

One of the main jobs we wanted to do this year was getting our fascia boards, soffits and guttering replaced which is such a boring and expensive job that, unfortunately, desperately needed doing. A family friend had quoted us for the work and we thought it was going to be done in January, but then we didn’t hear anything from him for over 6 months. Instead of just moving on and finding someone else to do the job, I gave him the benefit of the doubt and just waited for him to get back to me.

Anyway, in the end, I gave up and I just found someone else. So we did get finally get the fascia boards, soffits and guttering replaced in August, and at the same time, we got a cover put on the chimney to stop any more birds falling down it, which meant we could finally get the fireplace covered over.

I’m determined to do more renovation work on the house in 2020, starting with getting the fireplace covered over and the living room ceiling re-plastered, and then I want to get the en-suite replaced because I still don’t know how I’ve put up with it like it is since we moved in. It’s gross!

How was 2019 for you? Let me know in the comments what your highlights were!